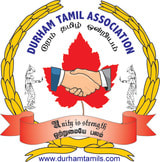 
BY-LAWS
PART1, Formalities
1.1 Head Office
1.1a The head office of the Association shall be in the region of Durham.
1.1b The Executive Committee Members may decide where the head office is to be
located.

2.2 Liability of Members:
Members are not liable or responsible neither for any act, debts or obligations of the
association nor for any claims, death or personal injury, losses in transactions relating to
the Association

2.3 Voting Rights of Members
2.3a A member has a right to vote if he/she meets all of the following requirements.
i) Member in good standing and has paid the annual membership fee.
ii) Has a continuous period of membership of no less than six months, prior to each
Annual General Meeting and,
2.3b Is over eighteen years of age.

2.3c Every member who is eligible to vote has only one vote at every general or annual
meetings of the members.
2.3d Members of non-residents of Durham mentioned under 2.1b and corporate
membership do not have any voting rights.
2.3e Proxy: Voting through Proxy shall be accepted in all General Meetings.

2.4 Membership Fee
2.4a The Executive Committee shall set membership fees.
2.4b The fee includes membership for a family that may constitute two adults and their
children under 18. All children 18 are considered adults with voting rights and pay the
regular annual fee to be member.

2.5 Ceases to be a Member
2.5a i) If a member communicates to the President or Secretary in writing the intention
to cease to be a member.
ii) Resignation is effective on acceptance by the board or fifteen days from the date of
giving such notice.
2.5b Acts in a manner that contradicts the objectives of the Association.
2.5c A person who has resigned his/her membership is still liable for any dues or other
debts he/she owed the while being an Association member
2.5d Member who obtains any criminal record from the Canadian Law while being a
member.
2.5e A member who behaves or acts in a manner that has been proven to tarnish or
damage the reputation of the association. Under this circumstances, the concerned
member can be removed from the association by the executive committee by passing a
motion with 2/3 majority of the total executive members.

3.8 Resolutions
3.8a The Executive Committee shall carry on its business by resolution moved, seconded
and carried by a majority of the votes cast.
3.8b The President shall count the votes on a resolution and declare it carried or defeated.
3.8c The Secretary shall keep an accurate record of the minutes including all resolutions,
although a record of the votes for and against shall not be made, unless requested by an
Executive Committee Member.
3.8d A declaration by the President that a resolution has passed and an entry to that effect

4.1d .The Executive Committee may invite to their meetings chairperson of sub
committees and others as the committee sees fit.
4.1e . A qualified member shall be appointed as an Internal Auditor in the AGM for
a period of three years .

4.7 Contracting Powers of Officers
The President or in his/her absence
the Vice-President, and one of the Executive Committee Members shall have the power
to sign contracts on behalf of the Association. Two Signatures will be required to validate
a contract

PART V, Annual and General Meetings
5.1 Place of Meeting
Annual and general meetings will be held at the Associations head office or any other
place within Durham that the Executive Committee Members may decide.
5.2 Time of Annual Meeting

5.2a The Association must hold an annual meeting of its members not later than fifteen
months after Association is formed.
5.2b The annual meeting cannot be held more than fifteen months apart.
5.2c The Executive Committee shall decide the exact time, date and place of the annual
meeting.
5.3 Notice of Meetings
5.3a The Secretary shall communicate to each member notice of time and place of every
annual or general meeting at least ten days before the meeting.
5.3b No notice of a meeting is necessary, if every member is present in person.
5.4 Calling General Meeting and Special Meeting
5.4a The Executive Committee Members, the President or the Vice-President may call a
general meeting at any time.
5.4b Members may request a special meeting by presenting the Executive Committee
with a petition that states the
general business to be considered at the meeting. Twenty-five percent (25%) or more of
the membership must sign the petition. All members shall receive prior notification of the
time and business to be considered at that meeting.
5.4c In addition to the AGM there may be a maximum of two meetings per annum if
needed.
5.5 Voting at General and Annual Meetings
5.5a Only members who have paid their membership dues and eligible to a vote may vote
at General and Annual meetings.
5.5b Each member has only one vote.
5.5c Voting shall be by a show of hands unless a member demands a ballot in which case
the vote shall be by ballot.
5.5d A member may demand a recorded vote, even on a vote by ballot, in which case the
Secretary shall record the vote of each member or proxy in the minutes.
5.6 Chairperson of General and Annual Meetings

PART V1, Books and Records
6.0 Legal Requirements
6.1 The Association must keep at its’ head office:
1 Minutes of all meetings of members and Executive Committee and Sub committees.

4.   All sales and purchases by the Association

PART V11, Transactions
7.1 Cheques and Bank Accounts
The Executive Committee Members may appoint any members of the Association to be
signing officers for any of the bank accounts the Association maintains.

7.2 Borrowing
The Executive Committee Members are not  authorized to borrow unless it is specifically
approved at a Special Meeting by two-thirds of the total membership.

PART 1X All Committee Members must have:
1.  A commitment to the Association.
2. A willingness to devote the necessary time and effort.
3.  Integrity.
4.  Strategic vision.
5.  Good, independent judgment.
6.  An ability to think creatively.
7. A willingness to speak their mind.
8.  An understanding and acceptance of the legal duties, responsibilities and liabilities of
Executive Committee Membership.
9. An ability to work effectively as a member of a team.

PART X, Financial Year
10.1 Date
Unless otherwise ordered by the Executive Committee Members, the fiscal year of the
Association shall terminate on the 31st of day of December each year.
Approved by the members at Special General meeting for Constitutional Amendments and
updated.